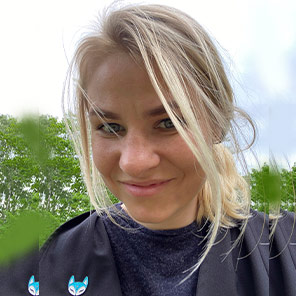 The Rural Affairs Committee discussed the collective appeal of Nähtamatud Loomad (part of Anima International operating in Estonia) to ban fur farms in the country. The collective appeal against Estonian fur farms was more successful than any other appeal in the history of Estonia. A record number of digital signatures was presented to the parliament earlier this year. The Committee decided to continue the discussions in more detail in the autumn, involving various parties in the conversation.

The chairman of the Rural Affairs Committee, Tarmo Tamm, expressed hope that a ban would soon be enacted, due to the fact that approximately 70 percent of the Estonian population already supports the ban. In addition, the possible pandemic risk of fur farms was highlighted at the meeting.

“In the autumn, we will certainly not only discuss the ethical arguments for banning fur farms, but also analyze the risk of coronavirus on the farms in the interests of public health”, commented Tamm.

Simultaneously, on the 18th of June, 23 members of the Parliament also presented a bill for banning fur farms. The bill was consulted with Nähtamatud Loomad representatives and will be voted for in the autumn. If successful, the Estonian fur farms will be closed down by 2023.

Members of Nähtamatud Loomad, who also took part in the Rural Affairs Committee meeting and also helped the bill to be written, were satisfied with the result. ”We are pleased that the debate will finally include not only animal welfare arguments, but also those relating to economic and pandemic risk, and we are hopeful that this positive decision to ban fur farms will finally be made”, said Merit Valge, a representative of Nähtamatud Loomad.

The fur farms in Estonia, just like anywhere else in the world, are facing major financial difficulties. The farmers have stopped breeding minks and the number of animals in the fur farms has dropped from almost 200 000 in 2014 to only about 5000.

Previously, a bill for banning fur farming in Estonia reached the Parliament twice, but both times it was voted down.